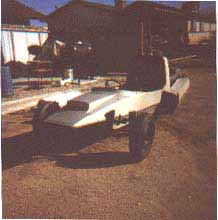 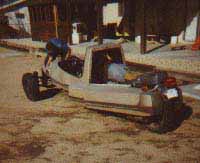 With fairings on, the proud owner and friends look it over. 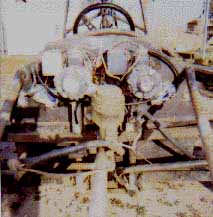 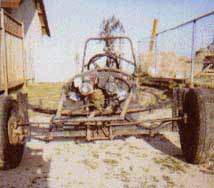 With fairings off, these front views show the tilting mechanism.

2F3T. A nice guy named Nelson managed to get a hold of the only Unisport I know of, and he has been kind enough to share these snapshots with you, me, and the world. He's at njanatsch@verizon.net if you wish to contact him.

2F3T. Nelson tracked down, at some length and with some effort, a second Unisport! How does it tilt? Nelson found out that tilting control is what we call "assisted," in this case there are buttons on the steering wheel which allow the driver to control electric tilting motors on the firewall (see pictures from his first Unisport, above on this page). 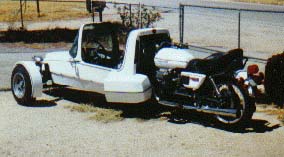 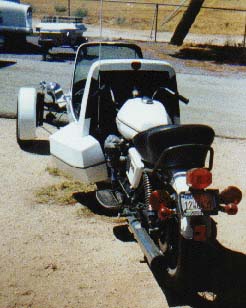 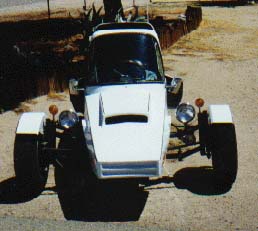 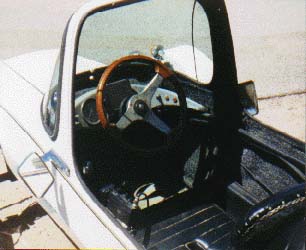 Thanks again AGAIN, Nelson, for sharing this fascinating machine with us!

See another reader's father's machines at this comapion page.