If you're an Elec-Trak owner or fan, you might want to know about the Owners' Club here.

It turns out I was not the only one to have the electric snow thrower idea... not even close. I just had the idea about 30 years after General Electric. The electric snow thrower I built, The 600-lb. Cordless Electric Snow Shovel, is now disassembled. This is because, by chance in the summer of 1998, I wound up with another electric tractor, a GE ElecTrak E-15. (Thanks Miriam Aubrey and Dick Slade!) And Rob Vasichek sold me a snow-thrower attachment for short money (thanks, Rob!). The snow thrower is about 44" wide.

An extra raft of batteries on the "back porch."

In the picture above, note the platform (the "back porch" as I call it) on the rear which supports another six 6v golf cart batteries. The benefits?

Tips for those of you who might do something similar:

When spring comes 'round, I'll take the back porch off and set it aside for next winter, and put the 6 batteries in my little electric commuter car until the snow comes around again! It is overkill for mowing use, and the added length would diminish the ElecTrak's already less-than-perfect manouverability.

A schematic of the second battery pack attachment. (Click to enlarge.) 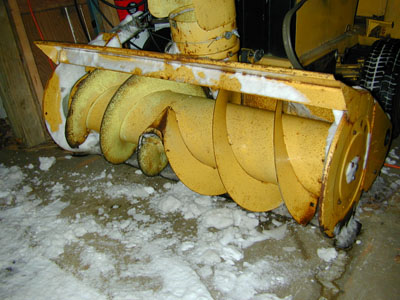 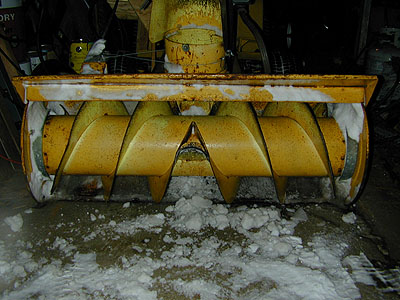 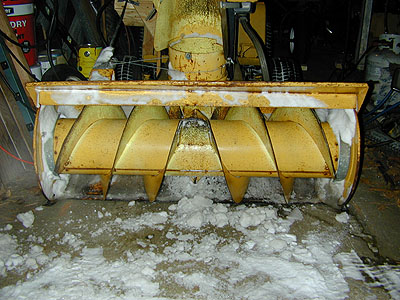 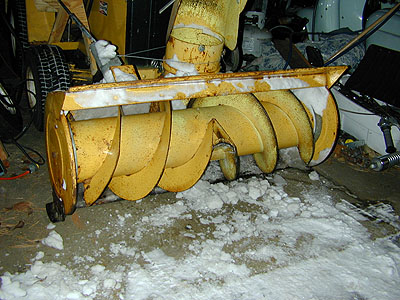 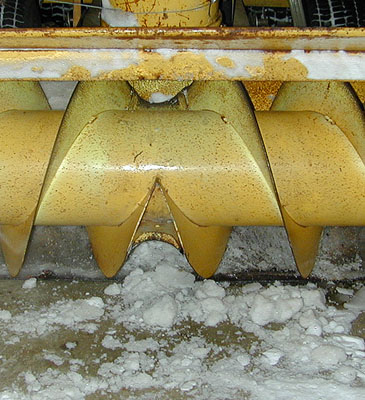 Just because it's tangentially related...

This is a Craftsman conversion to electric... 6 6V batts, Craftsman riding mower to electric with a 36VDC golf car motor and a Curtis 36-48V 275A PWM. Worked ok, including as a mower, of course. The one thing I would do differently is gear up the linkage between the motor output shaft and the rest of the guts. I think the ICE on the original turned a little faster than the ~2000 rpm that the series-wound motor gave at 36V. 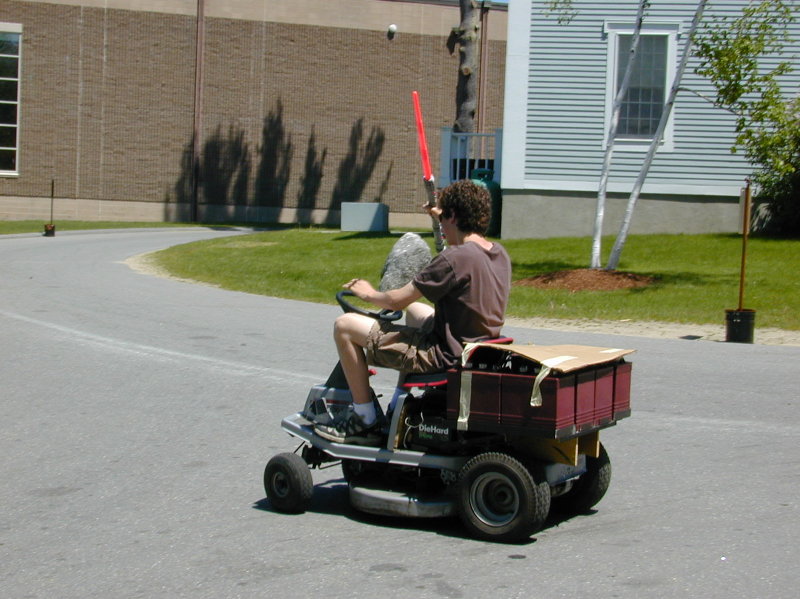 Don't mind the light saber. Episode One had just come out, and the student in the pic is a big fan.

Or Send me email!